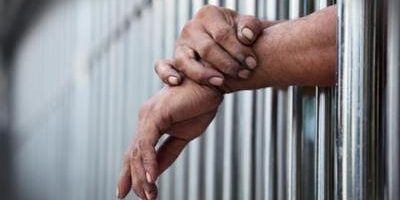 LAS VEGAS (AP) — TWO Nevada prison inmates have pleaded guilty to fatally stabbing another inmate in what authorities called a gang-related recreation yard attack at a correctional facility outside Las Vegas more than four years ago.

Attorneys Mace Yampolsky, representing Nuckles, and Lance Maningo, for Muncy, characterized the pleas on Friday as a fair resolution to the case.

Nuckles, an alleged Aryan Warriors member, acknowledged stabbing Goodman with a handmade sharp object. He’ll face at least 11 more years in prison at sentencing Aug. 28, his attorney said. Nuckles had been serving 11-to-50 years for a variety of weapon, robbery and burglary convictions in Las Vegas.

Muncy denied membership in the white supremacist gang, Maningo said. He faces 10 to 25 years under his plea deal. He had been nearing release on attempted battery and robbery convictions in Las Vegas. He’s due for sentencing Sept. 9.

Officials said Goodman was being escorted by a guard across a prison yard when Nuckles and Muncy attacked him despite being pepper sprayed.

Goodman had been in prison since 2004, serving two life sentences for murder and other charges.

Copyright 2020 The Associated Press. All rights reserved. This material may not be published, broadcast, rewritten or redistributed.