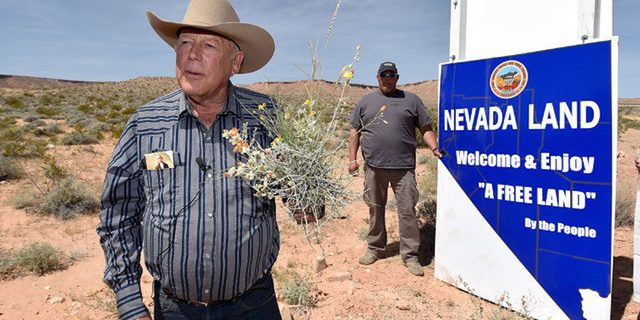 A judge ordered Cliven Bundy’s release on Wednesday, but the Bunkerville rancher rejected the conditions and is expected to remain in custody.

Bundy has been behind bars for nearly two years.

U.S. District Judge Gloria Navarro made her ruling about two weeks into testimony of the trial for Bundy, two of his sons and an independent militiaman. Under the judge’s order, Bundy would have been mostly restricted to the home of a family friend.

“Cliven Bundy is a man of principle,” his attorney, Bret Whipple, told reporters. “And the terms of being released under these circumstances would violate those principles.”

The lawyer said those circumstances include the fact that others awaiting trial continue to be held without bail.

“When he leaves prison, he will leave a free man,” she said. “He’s made a stand for freedom.”

But one of their sons, Ammon, also was ordered released under house arrest and is expected to walk out of jail Thursday morning, his attorneys, Daniel Hill and Morgan Philpot, said outside court.

“It’s definitely going to allow Ammon to help prepare a lot more and to assist in more detail with his defense,” Hill said.

While Ammon Bundy is under house arrest, he must not have contact with his co-defendants outside the presence of lawyers, and he must stay away from any “dangerous” weapons, the judge ruled.

Just before the start of testimony earlier this month, another of the rancher’s sons, Ryan, was released to a halfway house. He is representing himself and appeared in court Wednesday wearing a white shirt, black vest, bluejeans, boots and a white cowboy hat, which he kept on while questioning a witness.

Acting U.S. Attorney Steven Myhre said the rancher and others conspired with a threat of violence to drive federal agents off public land in southeastern Nevada.

Agents were trying to execute a court order to round up Bundy’s cattle. Prosecutors have said the rancher and two of his sons, Ammon and Ryan, organized the standoff.

On Wednesday, the judge also agreed to release Ryan Payne, the militiaman who prosecutors say lured hundreds to the protest from out of state. But Payne faces federal prison time in Oregon, and a judge there must grant the conditions as well, Navarro said.

The men face a series of charges — including assault on federal officers, extortion, obstruction of due administration of justice and conspiracy — which carry the possibility of decades behind bars.

The Las Vegas trial, which is scheduled to resume Dec. 11, could stretch into February.