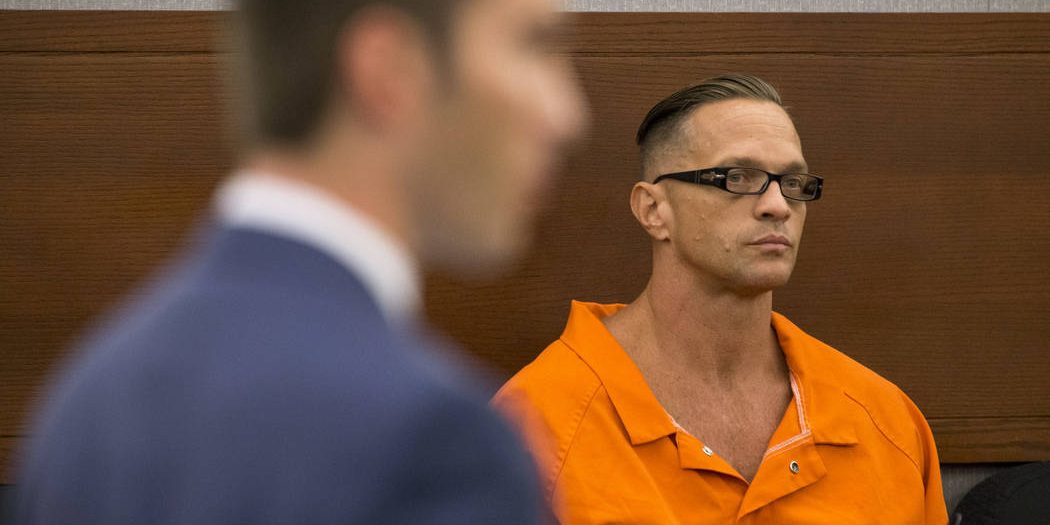 Scott Dozier doesn’t care if he dies in pain. He just wants to die.

The condemned Las Vegas murderer, whose execution has been put on hold, recently penned a 1½-page cry for death to District Judge Jennifer Togliatti. In the letter, he asked her to rescind an order that eliminated a paralytic drug from the state’s lethal injection protocol.

“I feel like I’ve been very clear about my desire to be executed on Nov. 14 — even if some suffering is inevitable,” he wrote three days after the judge postponed his death, “and my desire to get this attended to directly and avoid any undefinable delay far outweighs any concerns I have about the paralytic in the current protocol.”

The letter marked “1925 hr 13 Nov 17” — his killing had been set for 24 hours and 35 minutes later — is one of a dozen that have been made public as the state’s execution protocol works its way through the court system.

Dozier, who turned 47 on Monday, sent his first letter to Togliatti on Halloween in 2016, telling the judge he wished to cease his appeals and be put to death. The request sent the Nevada Department of Corrections scrambling to find a drug combination for lethal injection.

But the three-drug cocktail devised by the prison’s chief medical officer included the use of a paralytic called cisatracurium, which Dozier’s attorneys argued could have masked suffering as the other narcotics, the anxiety drug diazepam and the pain reliever fentanyl, killed him.

Month after month, and eventually week after week, Dozier reminded the judge in writing that he was “resolute and steadfast” in his death wish. As recently as September, he asked in court how he should mentally prepare for the execution, but he showed no reluctance to be killed, even if he might endure “air hunger” in his final moments.

Early last year, the state completed construction of an $860,000 execution chamber. Dozier was one of more than 80 men on death row in Nevada, and when he “volunteered,” he was pushed to the front.

The state’s last execution occurred in April 2006, when Daryl Mack, another man who dropped his appeals, was put to death. Of the 12 men executed since Nevada reinstated the death penalty in 1977, 11 have been so-called volunteers.

A Clark County jury convicted Dozier in September 2007 of killing 22-year-old Jeremiah Miller and mutilating the victim’s body at the now-closed La Concha Motel. In 2005, Dozier was convicted in Arizona of second-degree murder in another case.

Attorneys for the prison and Dozier are due back in front of Togliatti next month, while the Nevada Supreme Court could decide to weigh in on the use of a paralytic in an execution.

Dozier’s lawyers and those representing the prison have declined to comment outside of court about the proceedings.

Most of Dozier’s letters to the judge are less than a page, including the headings and greetings. In some, the body contains only a few short paragraphs.

In what Dozier expected could have been one of his final letters to the judge, dated Nov. 5, he included a quick joke:

The same day, an anesthesiologist called by his federal public defenders testified that the paralyzing drug could cause “cruel pain and suffering” and lead to a “horrifying experience” for a condemned inmate.

Dozier’s letter closed with a mention of his then-upcoming appearance via video from Ely State Prison for a Las Vegas hearing in front of Togliatti, which at the time was expected to be his last day in court.

“Thank you for your time,” Dozier wrote, “have a great day, and a grand time from here on out; here’s to being DONE with me.”